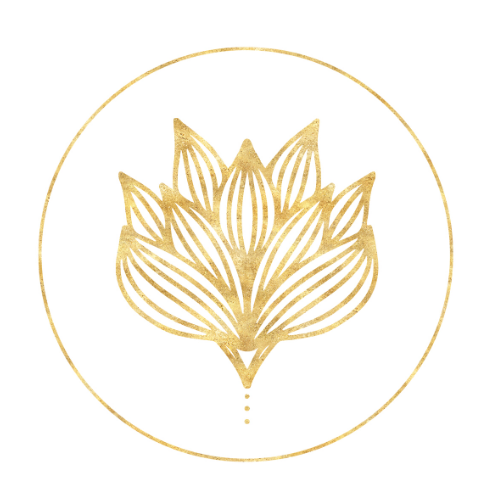 Nowadays people are so busy working and trying to take care of themselves and their families that they feel they are too busy to cook food. As a result, we see them consuming raw vegetables in different ways, which while they may look healthy, actually aren’t as nourishing as their cooked counterparts.

For a while the raw food diet was making traction. Their argument was that when you cook the food you lose the enzymes in the food. Which it does, but, we’ll talk about that in just a minute.

Lots of people also decided to learn how to juice their vegetables, rather than standing over a pot cooking them. They feel that the juicing process breaks down the hard cellulose fibers in the food, allowing for quick absorption into the cells. Which it does, but we’ll also address that issue as well.

People make lots of salads nowadays because they can just quickly cut up the lettuce and vegetables and throw them into a bowl — and it looks so green and healthy. Which it is, but let’s see what Ayurveda says about that!

So why is it then, if you look at cuisines and cultures around the world, you see people cooking their food as their day begins? You don’t see them eating large raw salads or people in indigenous cultures juicing their vegetables. The same is true for the blue zones of the world where people live to be over 100 years old more than any other parts of the world — yep, they’re also cooking their food.

Whenever I see conflicting information like this, I always like to go back to see what the ancient seers of Ayurveda had to say. They cognized this information from a very high state of consciousness. It is therefore said that the gems of knowledge of Ayurveda are siddhantas, which is roughly translated as eternal truths. Truth which will be the same 1 or 10 generations from now. Unlike modern research which shows that eggs are good for you, no they’re bad, or cholesterol clogs your arteries, never mind, no it doesn’t, it’s actually so important you can’t possibly eat enough in one day to fulfill your body’s needs.

So again, let’s examine what those ancient seers had to say about cooking food.

First, they stated that cooking the vegetables was important for the following reason. The vegetables contain marut (due to its bitter taste). And remember, marut is that component of prana (the life energy) that is etheric in nature. Vegetables also contain soma (due to their sweet taste). And again, remember that soma comes from the cooling lunar energy.

Just as a quick review, prana, the energy that comes from nature, the radiation from the sun and the moon — that energy which comes into all the orifices on our face and head and goes down the spine to branch off and be delivered to all the organs and glands, that pranic energy which keeps us alive — is made from soma, agni and marut.

So now you can see — the vegetables contain marut and soma — which means they are lacking agni — the warm radiation coming from the sun. So, when we cook the vegetables, the addition of the heat adds the vibration of agni to the vegetables. The agni is there because it is needed to transform the soma contained in the food into ojas and kapha.

So to reiterate: the prana which keeps us alive, is made from soma, agni and marut: the vibration of the moon, the sun and the flow of that energy — all of which come from nature. Once in our bodies the agni is transformed into Pitta (used for transformation and cooking of our food), marut is transformed into Vata (which controls the movement of things in our body) and the soma is converted to Ojas and Kapha. Ojas is a very fine end product of digestion produced after all 7 tissues have been nourished, and represents our neurotransmitters and hormones and gives us great strength and immunity to disease. Kapha is the lubricating factor which is found in our joints, our stomach lining, our brain and our entire nervous system.

Now: if we don’t cook our food the soma doesn’t get transformed to Ojas and Kapha, but instead what happens is we make ama from the soma. This is known as Shleshma in Ayurveda, and shleshma can clog the body’s vast network of physical channels — and if this happens then marut becomes blocked and soma cannot be transformed into Ojas and Kapha.

We’ve actually all seen shleshma — when we have a head or chest cold and we blow our nose — we’re looking at the shleshma mixed in with the mucus. The sinuses are a channel, for example. Usually air goes in and out of this channel, but when clogged with shleshma, the sinuses become blocked.

When we cook the food there is a molecular interaction of the oil or ghee, the water, salt, and spices which enhances the liver’s function and the absorption of nutrients into the cells.

Not only that, but the ancient doctors even without microscopes said that some vegetables contain compounds which are detrimental to our health, but those compounds would go away if we cooked them. Now, for example we know that kale, Brussel sprouts, cabbage, cauliflower, broccoli and other cruciferous vegetables contain goitrogens which depress the thyroid gland. But about 60% of it evaporates out when we cook them.

Also spinach and other green leafy vegetables contain oxalates which pull the minerals from our bones and could cause kidney stones, but again, about 60% of them evaporate out when we cook them.

And taro root contains a substance called calcium oxalate which is irritating to the mouth and throat, but the irritation goes away after you cook it thoroughly.

Now, regarding the argument that cooking leaches out all the enzymes. The real truth is that while it may leach out some of the enzymes, the overall absorption into the cells due to the cooking of that food is much more than if it were raw.

For example, if you ate raw broccoli, not many nutrients would absorb into your cells because the cooking process alone isn’t enough to break down the hard cellulose fibers in the broccoli. But if you cook it and soften the fibers you’ll get even more absorption into the cells. But if you cook it with ghee or olive oil, the fats will drag it across the cell membrane, which is made of cholesterol, and bring the nutrients deep into the cell. And even further, if you cook the food with spices, the spices create all kinds of enzymatic reactions which also aid in digesting and transporting the nutrients into the cells.

So there you have it. Yes, you can eat some raw vegetables occasionally as a little side dish — but I would keep it at that — just as a side dish, and not the constant use of large salads, wraps, raw vegetables and raw vegetable juicing.

I hope you found this information useful as you strive to live a more healthy lifestyle.

This is an article by Dr. Marianne Teitelbaum, US Ayurvedic Practitioner. Posted with her permission. Riim Lagerwerf consults Dr. Marianne Teitelbaum for her own clients and applies her clinical experience and knowledge within Sankalpa Holistic Health. In addition, Riim also uses herbal formulas from Vaidya Mishra where possible. In the late 1990s, Marianne Teitelbaum began a 17-year one-on-one apprenticeship with Vaidya Rama Kant Mishra, an award-winning herbal formulator who hails from a 5,000-year-old family lineage of Raj Vaidyas, who treat the royal family of India. During her internship, Vaidya Mishra taught her how to treat practically any disease, making over 500 herbal formulas for all the problems they treated together.

We passionately believe that as humans we can heal ourselves. Let us help you remember how.

It is Riim's mission to inspire and empower you to calm your mind, to relax and to connect. She wanst to support you achieving and maintaining optimal health and well-being.

She does this through Yoga, Meditation, Ayurveda and Pranic Healing and Frequency Application.

Riim Lagerwerf | Holistic Health Coach & Educator
Riim teaches yoga since 2011 and meditation since 2017. She is founder of LINgGAN Yoga Studio (saktiisha yoga) in the Hague and SankalpaYogi in Suriname.

What is Pranic Healing ?

Follow Me!
We use cookies on our website to give you the most relevant experience by remembering your preferences and repeat visits. By clicking “Accept All”, you consent to the use of ALL the cookies. However, you may visit "Cookie Settings" to provide a controlled consent.
Cookie SettingsAccept All
Manage consent

This website uses cookies to improve your experience while you navigate through the website. Out of these, the cookies that are categorized as necessary are stored on your browser as they are essential for the working of basic functionalities of the website. We also use third-party cookies that help us analyze and understand how you use this website. These cookies will be stored in your browser only with your consent. You also have the option to opt-out of these cookies. But opting out of some of these cookies may affect your browsing experience.
SAVE & ACCEPT